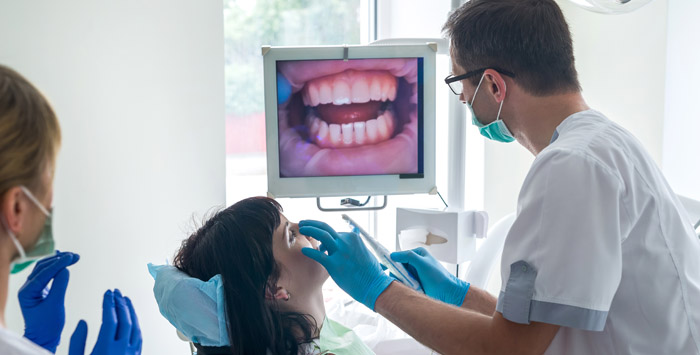 Q: To what degree does Medicaid provide adult dental coverage?

A: In most states, Medicaid covers at least some dental care for enrollees who are 21 and older, although several states limit this coverage to emergencies. All states are required to cover dental benefits for children enrolled in Medicaid.

A few states offer different benefits to adults enrolled under the ACA’s Medicaid expansion than they do for other enrollees. In these states, a 55 year-old with Medicaid expansion coverage might not have dental coverage, while a 70-year-old eligible for Medicaid based on a combination of age and financial circumstances could receive dental benefits. (The opposite situation is also possible – meaning a state might cover dental benefits for expansion enrollees but not for other adults.)

How is Medicaid dental coverage different from private insurance?

Medicaid’s dental coverage is different in several ways from private insurance. Medicaid will only pay for dental care from a provider who is enrolled with the state’s Medicaid program (or part of the state’s Medicaid manage care network), whereas some private dental plans require enrollees to use in-network dentists and others do not.

Some states also limit what Medicaid will pay for dental benefits each year, but others don’t have a limit, whereas most private dental plans do have a limit on how much they’ll pay in a given year.

Individuals with Medicaid won’t owe a deductible for dental care, but in some states Medicaid has nominal co-pays (and these usually range from $1 to $3).

Will Medicaid cover my dental providers?

It is likely that many Medicaid beneficiaries struggle to find a dentist who takes Medicaid. In fact, the American Dental Association found that only 38% of dentists accepted Medicaid in 2015. Even if a particular dentist takes Medicaid, that doesn’t mean they participate in a specific Medicaid plan. (Medicaid insurers can usually provide a dental referral.)

Does Medicaid coverage of dental care vary by state?

A January 2018 survey by the Center for Health Care Strategies categorized each state’s Medicaid program by whether it covered dental care only in emergencies, offered limited coverage in non-emergencies, offered extensive coverage, or didn’t provide any dental benefits. For Medicaid expansion adults:

The same survey analyzed benefits for adults with Medicaid who were eligible based on their age, disability, or another reason (including those in states that didn’t expand Medicaid):

More information about Medicaid dental care in each state is here.