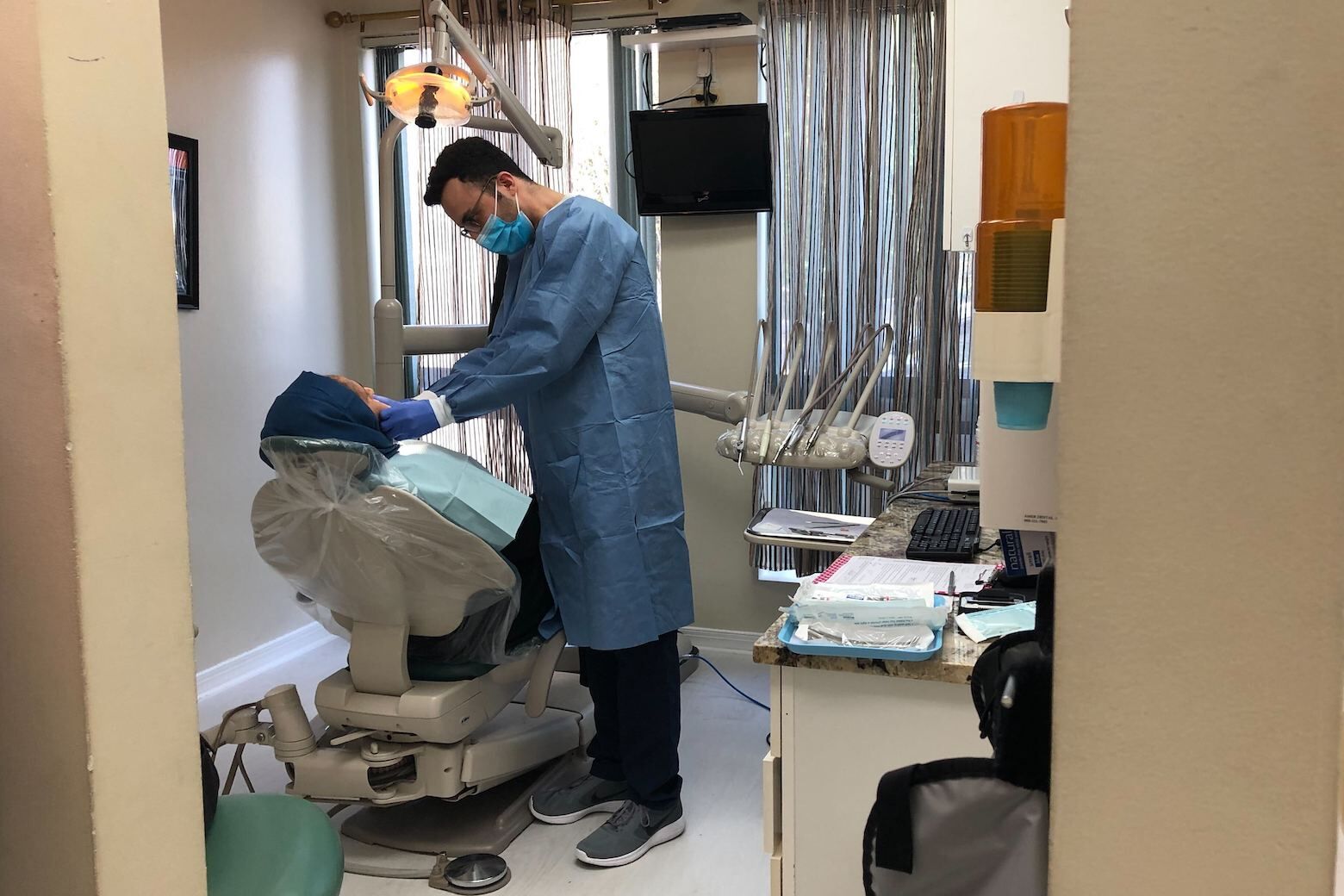 Finding health care has been difficult for some Afghan refugees. In Virginia, a local dentist helped out by holding a free clinic on Sunday.

As they settle into a new life in the U.S., finding health care has been difficult for some Afghan refugees. A dentist in Virginia decided to helped out by holding a free clinic on Sunday.

Services from root canals to cleanings were free of charge for Afghan refugees at Dr. Maqsood Chaudhry’s Grove Dental Clinic in Falls Church. The event was called Dental Day for Our Afghan Friends.

“There are a lot of people who are in desperate need of dental care, which is not readily available,” said Chaudhry. “As you can imagine, getting dental treatment is relatively expensive.”

About 70 refugees were treated by a team of 17 dentists. They were also provided with free transportation to and from the clinic.

The free clinic was a joint effort between Chaudry and a coalition of organizations representing the Muslim, Jewish, Christian, Sikh and other faiths.

Chaudhry, himself, was a refugee from Pakistan when he came to the U.S. Since his arrival, he helped found the McLean Islamic Center and operates dental clinics in McLean, Springfield and Alexandria, in addition to his Falls Church center.

He said the clinic was personal to him.

“As an immigrant from Pakistan, I can understand the need and necessity of having health care and how difficult it can be,” Chaudhry said.

Mohammad Yusef was at the clinic with his wife and two young children. They arrived from Afghanistan less than two months ago. They were there for cleanings and tooth pain.

“We have [a] problem because it’s almost a year that we didn’t see a dentist because of this movement and relocation,” Yusef said.

Chaudhry has done clinics for other refugee groups in the past and said he hopes to offer more in the future.

The event was coordinated by: Jews and Muslim and Allies Acting Together (JAMAAT); FAMIL USA, a resettlement and support organization that registered Afghan families for the event; Knights of Columbus, a Catholic fraternal organization that contributed $4,000 to cover transportation for the Afghan evacuees to and from the clinic; and the Raj Khalsa Sikh Gurdwara in Sterling, which provided food for the event.

Get breaking news and daily headlines delivered to your email inbox by signing up here.

© 2022 WTOP. All Rights Reserved. This website is not intended for users located within the European Economic Area.